The Church of Science 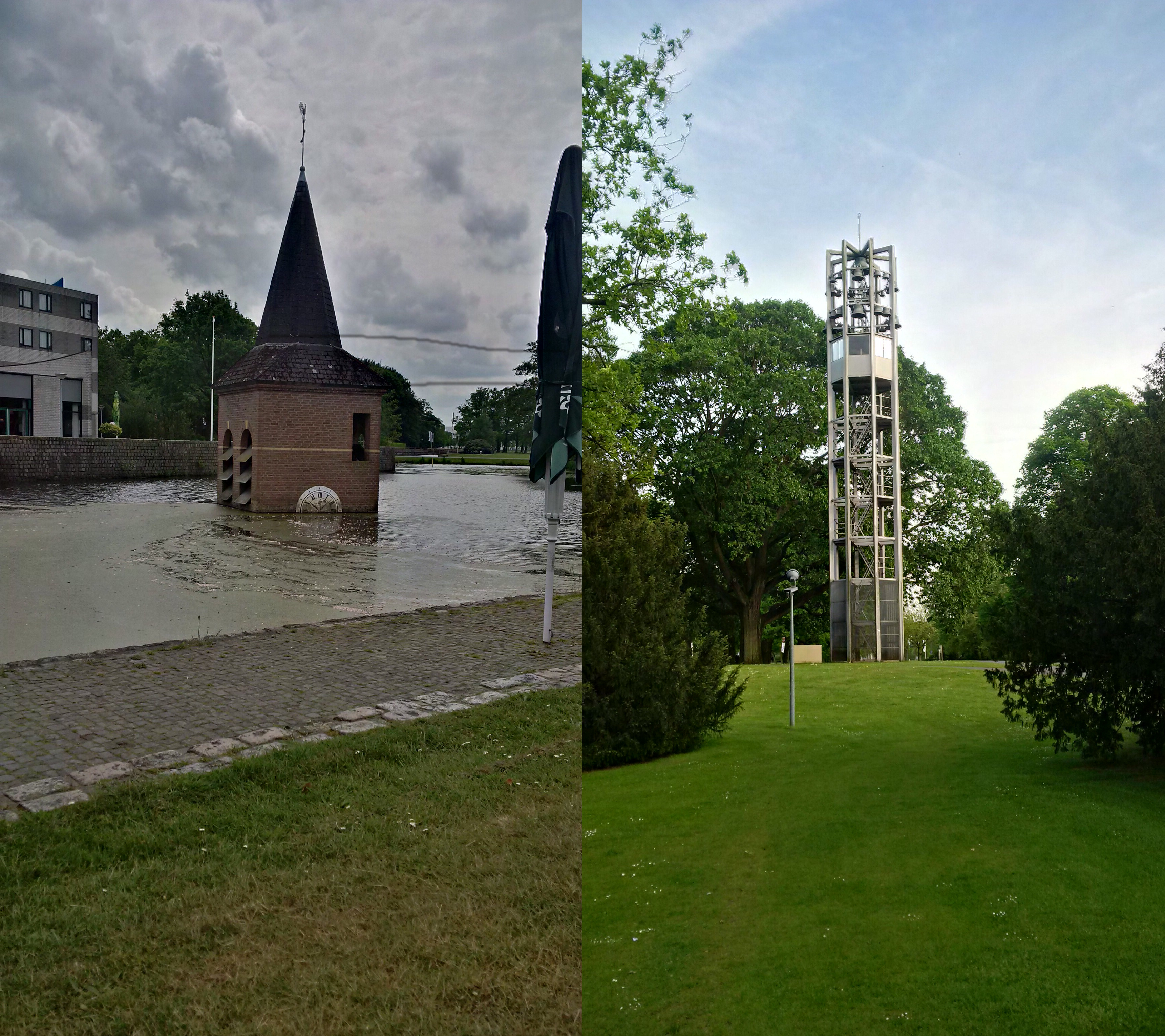 This, ladies and gentleman, is the University of Twente. To the left you see a church of god, submerged in water, that I see as a representation of the opinion of science towards the religions of god. To the right you see a bell tower that I affectionately call the church of science, representing the beliefs of scientists.

This desire to drown a religion should sound familiar to you. It is a common trait to most religions to make a claim to the truth and declare all other religions false.

To call science a religion might raise some eyebrows, so let me explain. There are three concepts that I will talk about:

The first is god. God by itself is not true or false. It is simply the concept of an omnipotent being. This concept is internally consistent and valid as a concept.

The second is math. Like god, math is simply a concept. It is a set of rules and symbols that are internally consistent.

All of math, god and observations are true in themselves. It is when you say that your observations are explained by your concepts that they become models that can be correct and accurate or not.

You could say that a bird is so perfect it could only have been designed by an omnipotent being. You could say that because the field of a point charge decays with one over the radius squared exactly to one part in a billion, the electric field must be explained by math.

But they are still just concepts applied to observations. Models that help us think about our universe. But the map is not the territory, which for me means that a model should not be judged by its accuracy, but by how useful it is to think about a problem.

Ancient Greek medicine, which centered about balancing the four bodily humours, often lead to treatments that would do the right thing for what we currently consider the wrong reason. It must have been a very useful model that saved countless lives up until after the middle ages despite its inaccuracy.

Maxwell’s equations might describe the whole domain of electromagnetism very accurately, but using it to design an electric circuit is impractical. The equations of Ohm and Kirchhoff will serve you better.

One day science might make a map that is the territory (they seem to be trying very hard at least), but it will not help you think about ethical and moral dilemma or the meaning of life. The stories told in your spiritual book of choice are much more practical for those kinds of problems.