Like most Minecraft addicts1, I downloaded the prerelease this weekend and played it all day. There are some really cool things in there, but also a few crapy ones, and of course a few bugs and glitches. 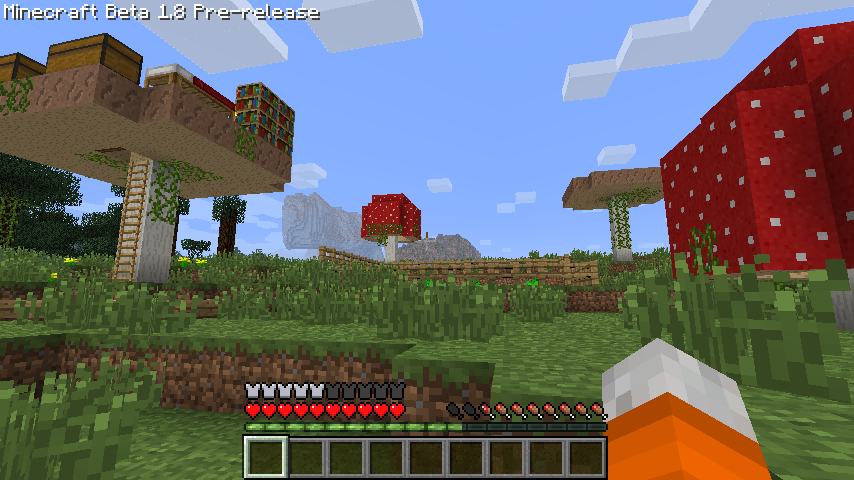 I rally love the new biomes. I spawned in a desert biome, and if it wasn’t for the NPC village, I would have died for sure. Rivers are also great for exploring by boat.

I really like all the stuff that is specific to certain biomes. Without compasses and maps, it’s quite an adventure to get wood, animals and later vines and mushrooms from other biomes.

There are quite a few odd new items, like Ender pearls, rotten meat, and huge mushrooms, but they win on atmosphere, so I built my home in a shroom. Beat that, treehouse! 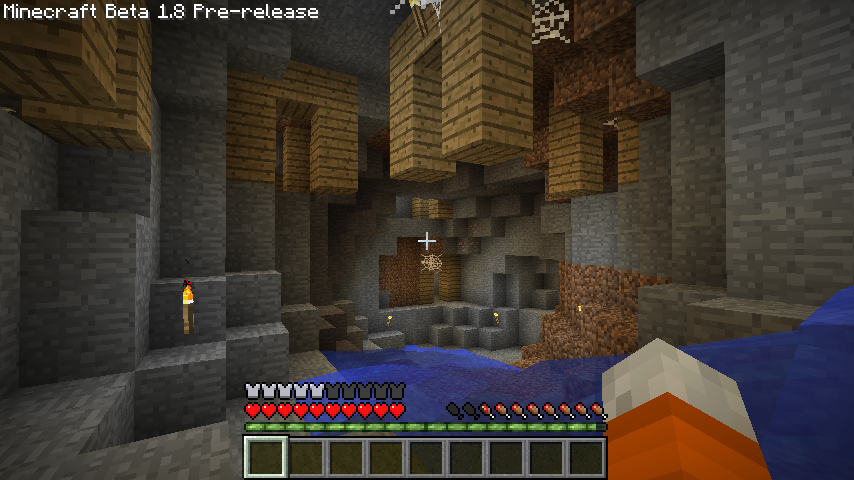 The new map features all look really neat, but I found the abandoned mineshafts impossible to navigate. They cross right through strongholds, other caves and themselves.

The only thing I rally don’t like about the Adventure Update is the food and fighting mechanics. It’s like playing Quake 3 on peaceful2.

I’m not going to say anything about experience points, because I don’t know what they will be used for, but let me say that I don’t think Minecraft is a classic RPG.

The idea of food healing you indirectly is really nice, but having it replenish my life slowly makes me play as reckless as if I’m playing on peaceful. Maybe it could heal you while sleeping?

When you run, you are able to jump 4 blocks. Though, mid-air, you go faster than running, so the fastest way to move is to jump running. I pray that running diagonally isn’t even faster.

There is a new fighting mechanic that lets you deal critical hits by jumping down on a mob while hitting. This means the best way to fight is to jump up and down.

The last thing that adds to the Quake experience is hammering the mouse button. Previously, it was possible to place blocks and hit mobs by just holding the button, now you need to hammer the mouse like a real FPS. dislike

So, overall, I really enjoy 1.8, but can I say it’s having a bit of an identity crisis?