Flight controls don't work the way you think they do 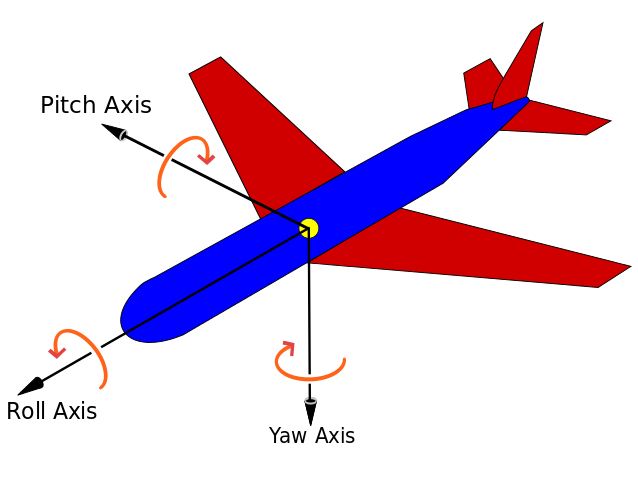 A plane has 4 basic controls; Rudder, elevator, aileron, and throttle. While these primarily make you yaw, pitch, roll, and accelerate, you can’t exactly say you go up and down with your elevator.

Take a glider plane. It has an ideal gliding speed of around 90km/h. Any faster or slower and you fall faster.

If you pitch up, your speed decreases, and so does the lift of your wings. If you pitch down, the increased air speed generates more lift, so you don’t actually fly downwards that much.

Your engine increases your thrust. The rules above still hold true; More speed, more lift. As a side effect, the increased lift makes you pitch up, and the torque of the engine makes you roll a bit.

I would go as far as to say that your throttle controls your altitude and your elevator controls your speed, rather than the other way around. The truth lies somewhere in between.

When you use your rudder to yaw the plane, the outer wing moves faster than the inner wing, generating more lift and causing your plane to roll.

When you roll the plane with your ailerons, the lift is directed sideways, causing you to move sideways. Again, your tail wing pushes the nose in the wind and causes you to yaw. What’s more, diverting some of your lift sideways causes you to pitch down when rolling.

So to make a good flat turn, you need to roll, keep the plane level, and the nose in the wind, using all 3 control surfaces. In fact, gliders often have a string on the canopy to tell if you’re flying straight.

Given the above, it might not come surprising to you that it’s quite common for RC planes to lack either a rudder or ailerons. Some very light gliders even do without the elevator, relying solely on the rudder and the inherent balance of the plane.