Raspberry Pi autopilot, Part 1 of many 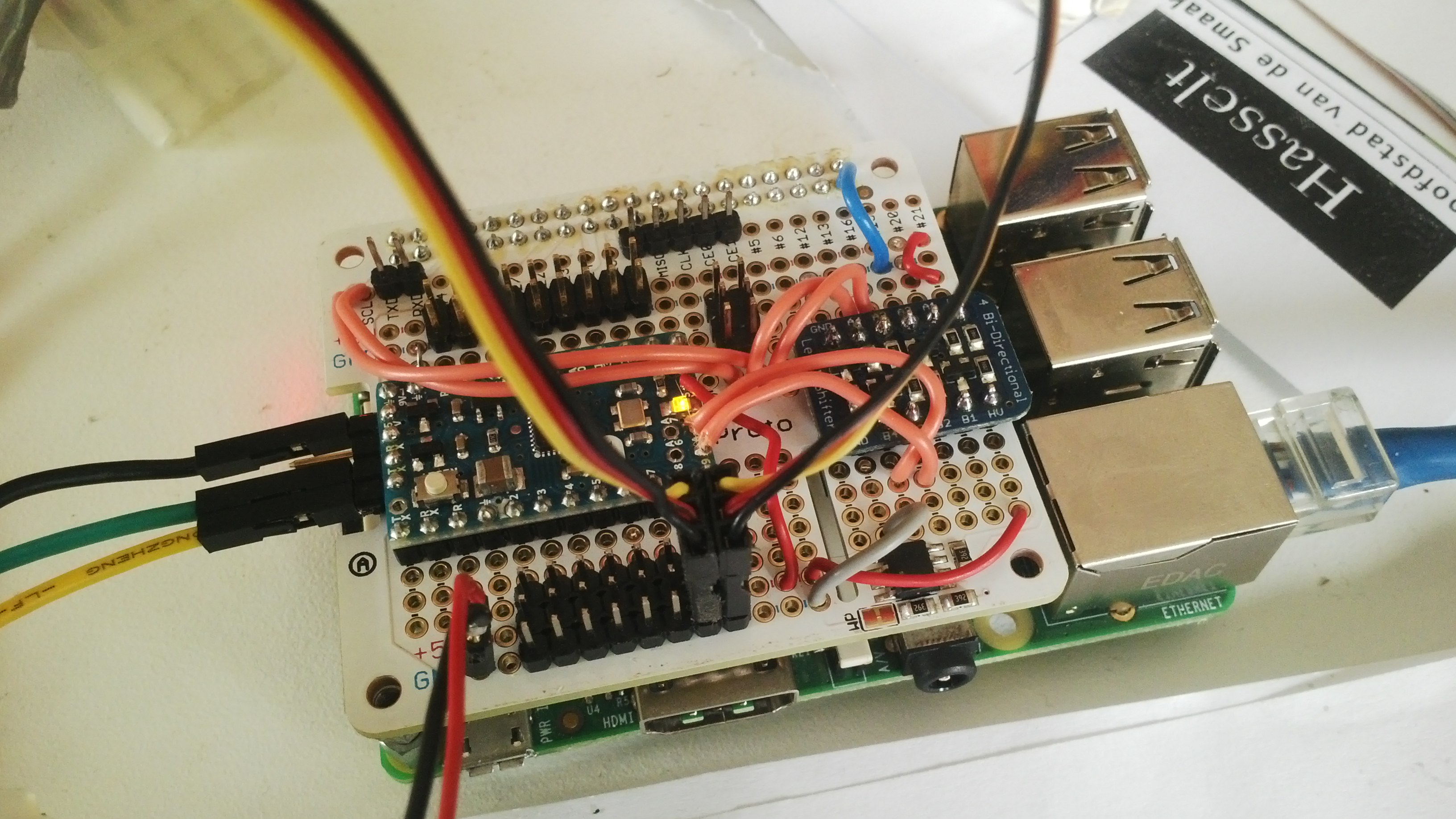 There is of course Navio+ and Ardupilot and possibly many others, but what is the fun in that? I’m building my own.

It will be powered by a Raspberry Pi. The extra processing power is nice, but the main reason was that it’s easy to attach a 3G dongle and a camera module. I plan to write the software in Elixir, just because I can.

So far I connected a bunch of breakout boards and poked them for a bit. I have:

I placed the Arduino to the left with PORTD facing down. You’ll see why this is important in a second. The GND and +5V rows line up such that if you insert 3 header pins in the bottom rows, you can plug servos into them.

The Arduino runs at 5V to drive the servos, so a level shifter is needed to talk to the Raspberry Pi, which runs at 3.3V.

I put the level shifter to the right, running the I2C wires through it to the Arduino. I used I2C because I can attach many more sensors to the same 2 wires, and I need the UART for the GPS board.

The main reason for not using a pre-made servo HAT is that I want servo inputs as well as outputs, to support switching back and forth between autonomous and manual control, or even something in between.

For now the plan is to power the Raspberry Pi, servos, and Arduino form the BEC(Battery Elimination Circuit) of the ESC(Electronic Speed Controller). But I might have to use a separate UBEC if it turns out the BEC I have is not powerful enough.

So I can now read the receiver and move the servos over I2C, as well as talk to all the other sensor boards. More later as I get some software working.