TinCan is Free and Open Source

Over two years ago, before I even had my Blackberry, I was assembling a list of IRC clients for every major platform. I knew or found one for each and every one of them, except Blackberry.

I had just met Rik, co-founder of Heris IT and Blackberry developer and enthusiast. So I told him about the situation, and proposed to build an IRC client to fill the gap.

So we did. Progress was slow at times, but in the end we managed to produce a working app that passed the Built for Blackberry test and has a 4-star rating on the store.

To date we are still the best selling and indeed only native IRC client on the platform. So you’d think sales should be alright. Sadly, they are not. It brings in less than $10 a month. 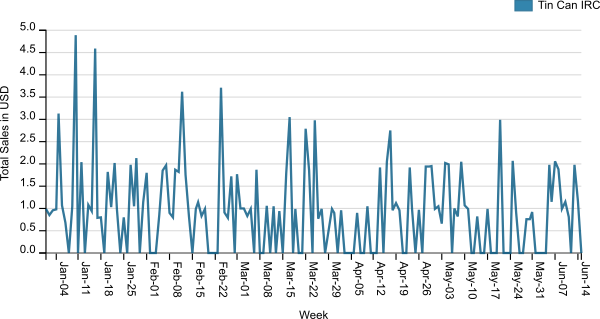 Up to today there was this closed source app that wasn’t really making any money, and while I’d fix any serious flaws, I kept getting these emails form people asking for features that I don’t personally see the need for.

From today onwards there will be a free-as-in-beer and Open Source app, eager to accept all the weird features you want. I wont be developing (m)any new features myself, but I’ll do my duty as a maintainer.