In Puerto Rico, folk etymology states that the word “gringo” originated from the English words “green” and “go” referring to the desire of some locals to have the U.S. military (who allegedly wore green uniforms) leave the island by telling them: “Green, go!” 1

As a long-time Pokemon fan, I got really excited when I heard about Pokemon Go. But excitement quickly turned into disappointment as I found out the Android runtime on my Blackberry does not support the required API version.

So I took my Gameboy to play some good old Pokemon Red, when a thought struck me. How hard would it be to add a GPS to TCPoke and modify pokered to allow TCPoke to initiate wild Pokemon battles?

I had previously read parts of pokered to understand the serial protocol I needed to make TCPoke, but I never actually wrote Z80 assembly. Luckily, it turned out to be relatively easy. After a few hours I already added an extra menu item to the Cable Club, and a few hours later the menu actually did something.

It’s kind of glitchy and broken, but the diff is surprisingly small.

Next up I modified Bill’s Arduino state machine to recognize the new menu item and added some GPS code. Again, it took a few hours, but the diff is again relatively small. (Except for this huge chunk of Pokemon level and location data I extracted from pokered)

But at this point I only had the code running in BGB/Gambatte (which I even modified to emulate BIll’s Arduino), so I had to order a flash cart to load the modified ROM onto my Gameboy. After camping on the doormat for a week, ignoring friends and family and only leaving the house outside delivery hours, today I finally received the cart and could begin testing on real hardware. 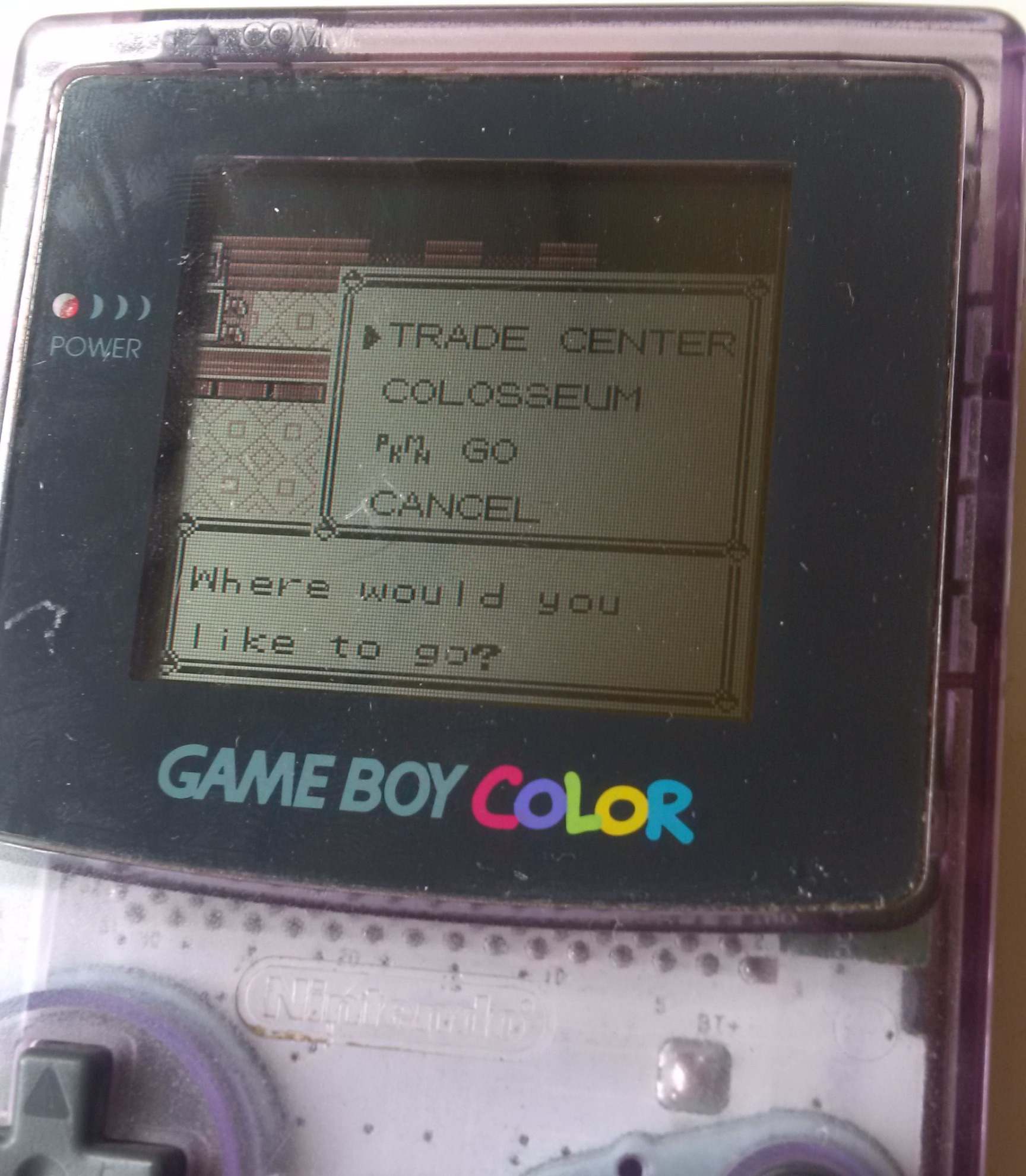 It almost worked on the first try! There were some small bugs in the Arduino code, which I could not test up to this point. Then I did a few rounds around the block, carrying my whole laptop+Teensy+Gameboy around for debugging. The first Pokemon I encountered made me almost jump into the air from excitement and surprise.

For the best experience I recommend turning up the volume all the way and physically walking though tall grass.

Here is a video of me walking to the supermarket with my new gear.