Sometimes I film my projects, and sometimes I’d like to use my hands while filming. Usually this means propping up my phone on some random objects to point it roughly in the right direction. To improve this situation, I decided to build a Lego smartphone tripod from parts of the Lego 42121 Heavy-Duty Excavator. Here is a video, where I use an extra janky potato setup to film the tripod, sorry about the quality, better pictures below.

I started designing the part that clamps the phone, and the tilt mechanism. Everything from building the Lego set to making the tripod was basically an excuse to use these linear screw cylinders in my builds. The clamp is made of these rounded pieces to hold the phone, with a 5.5 axle with stop sandwiched between cross blocks to provide a stiff adjustable size. From there I just tried to find the most compact and straightforward way to attach the linear screw cylinder. 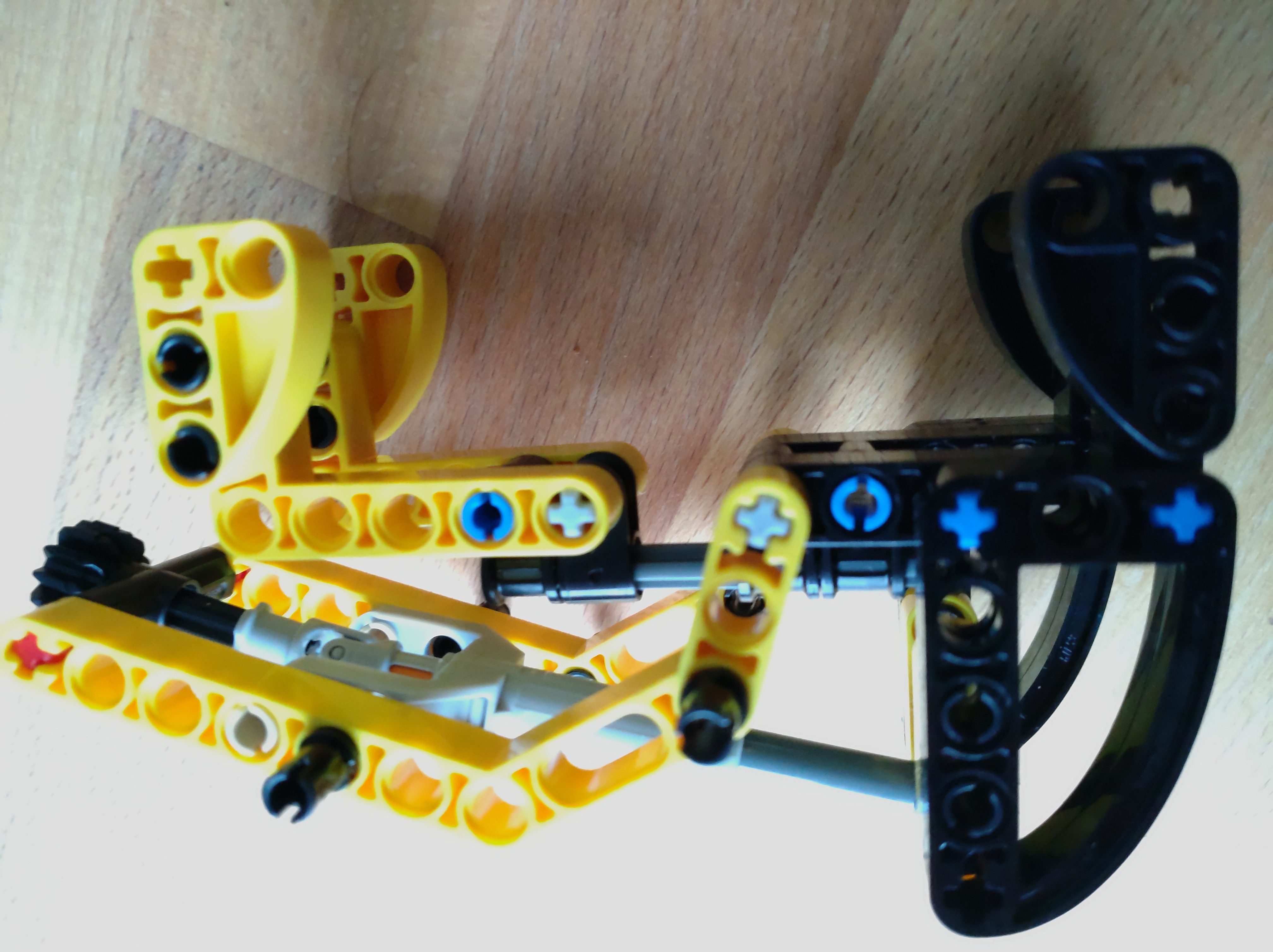 Next I wanted to be able to raise and lower the phone. At first I wanted to use scisor lift mechanism, but quickly realised it’d be too complicated. Instead I went for a car jack mechanism. The set comes with just the right amount of gears and liftarms. The only downside is that the gears have to be offset half a tooth so it’s not exactly straight. It also wasn’t very stable at first, but after adding the center bar, it’s acceptable. Just give it a bit of help when tryig to raise the jack while a phone is inserted. 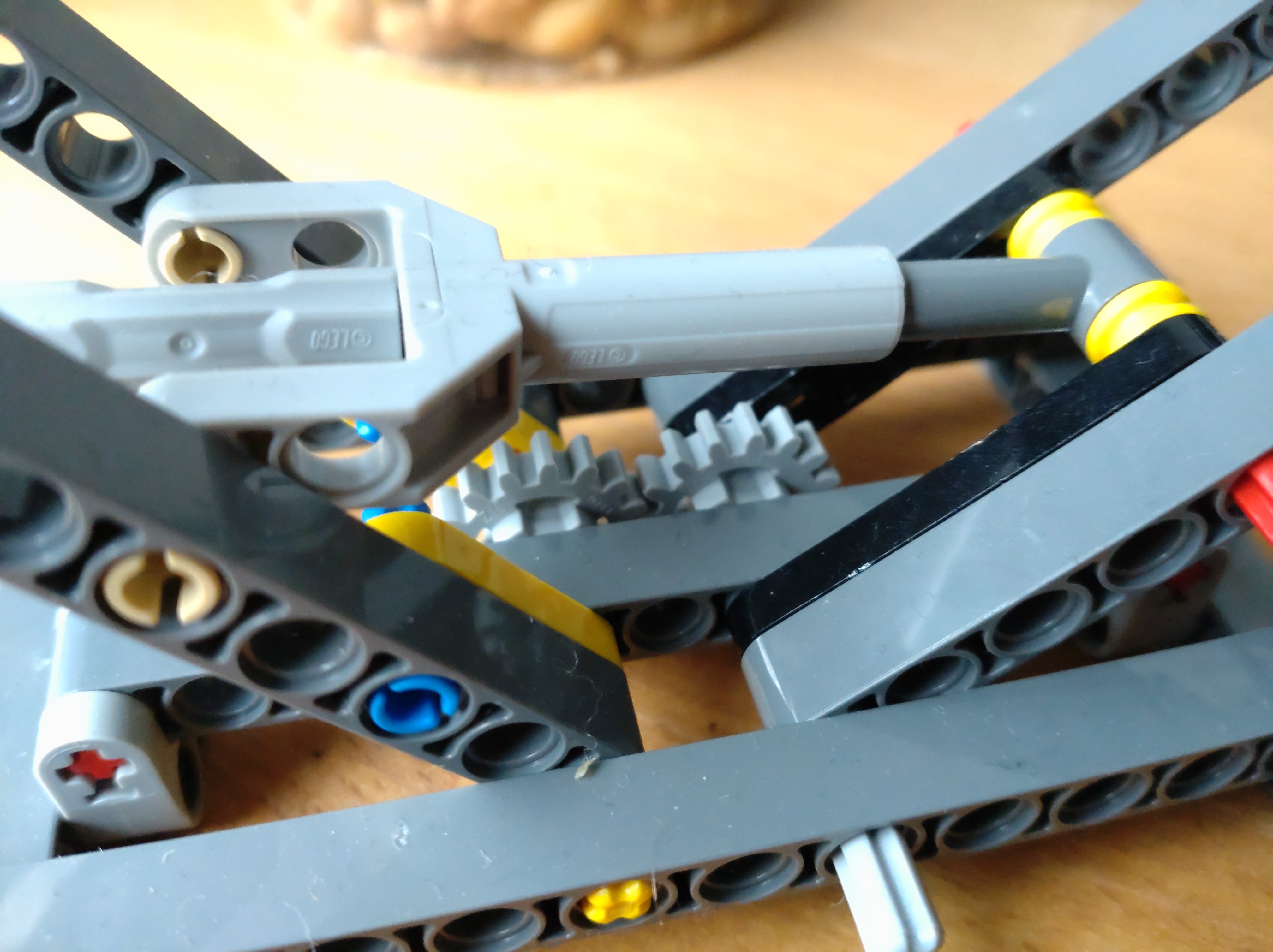 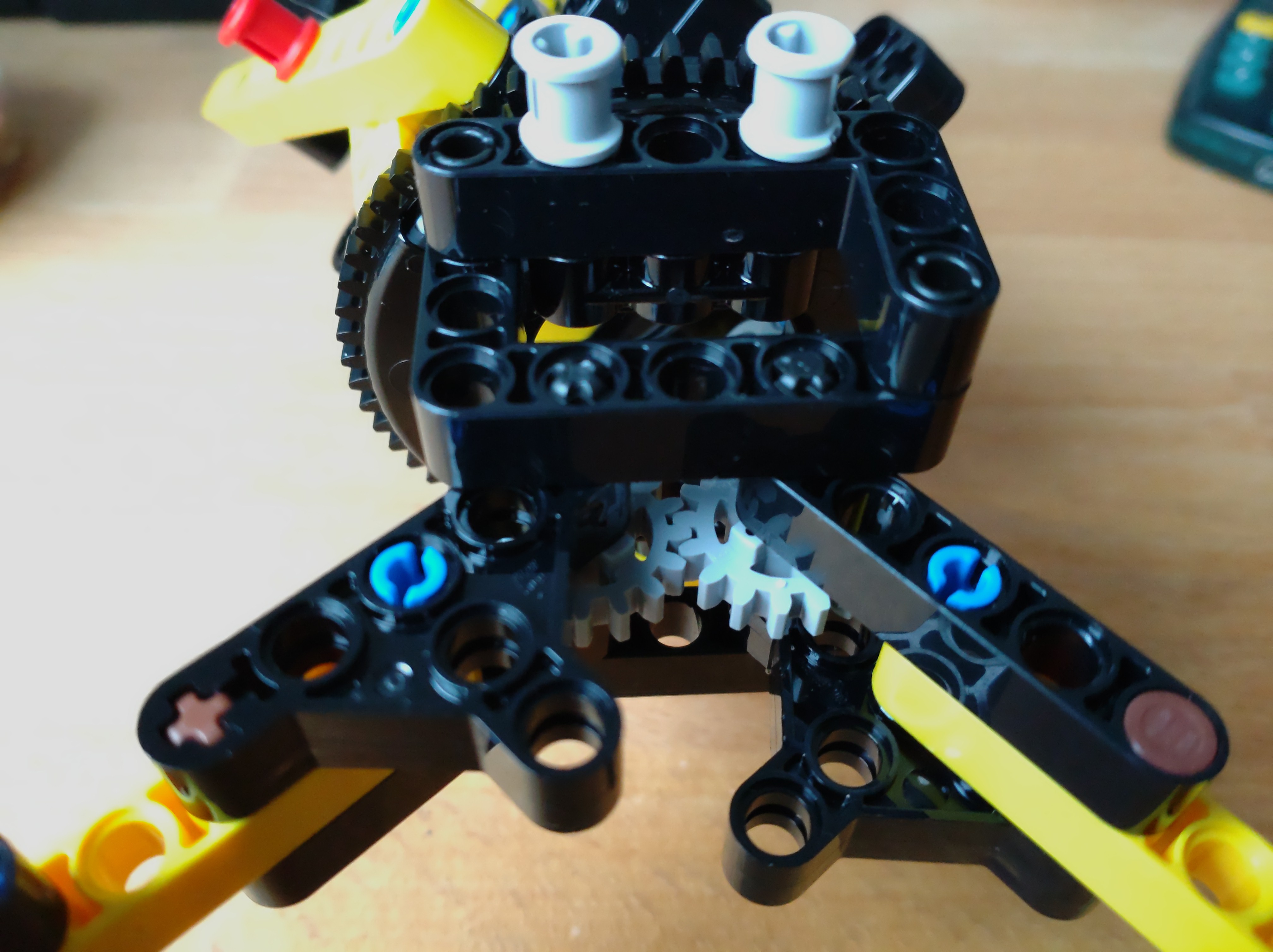 Then it was just a matter of connecting them together with the turntable. Here it is in the lowest and highest position. 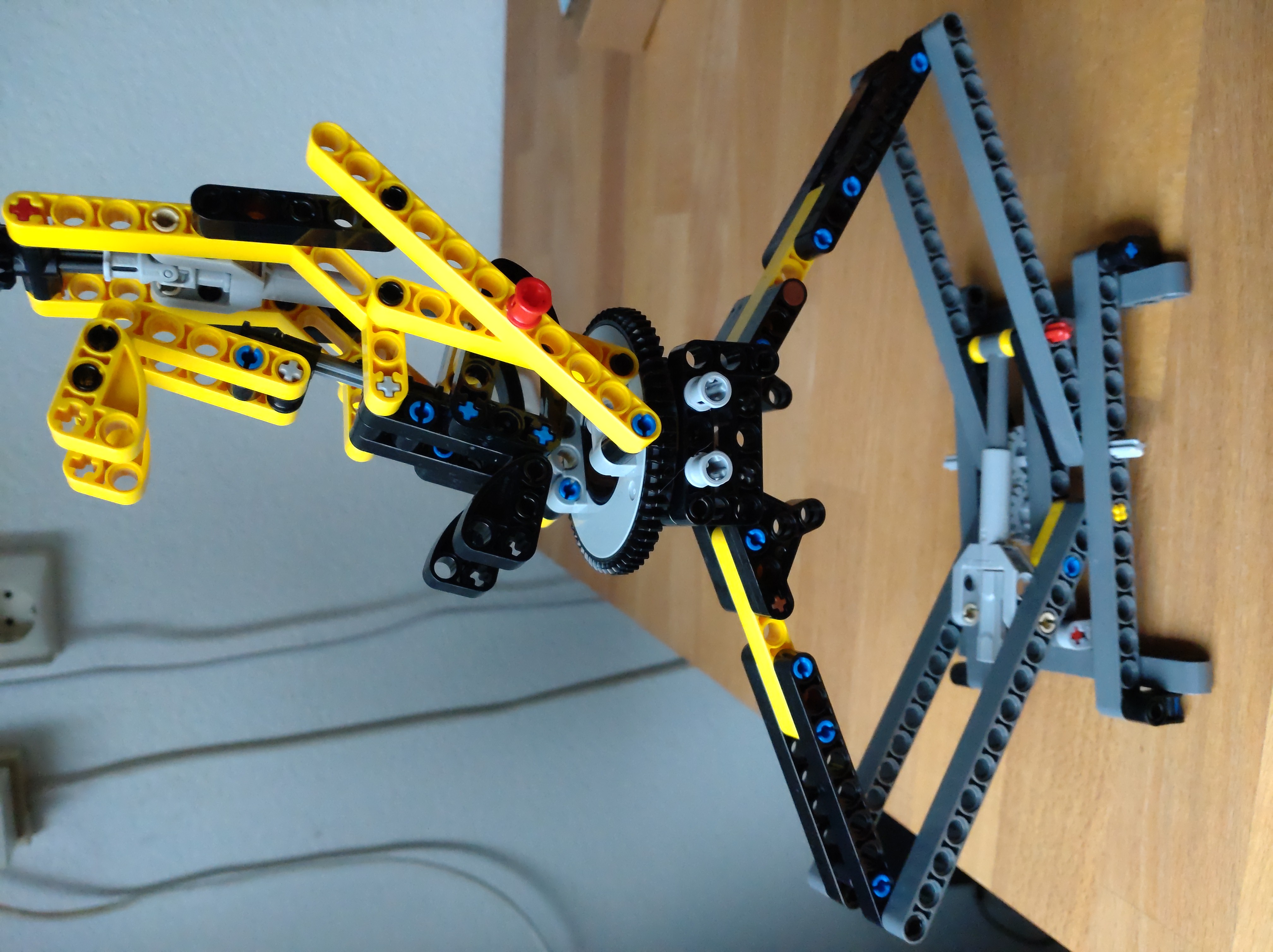 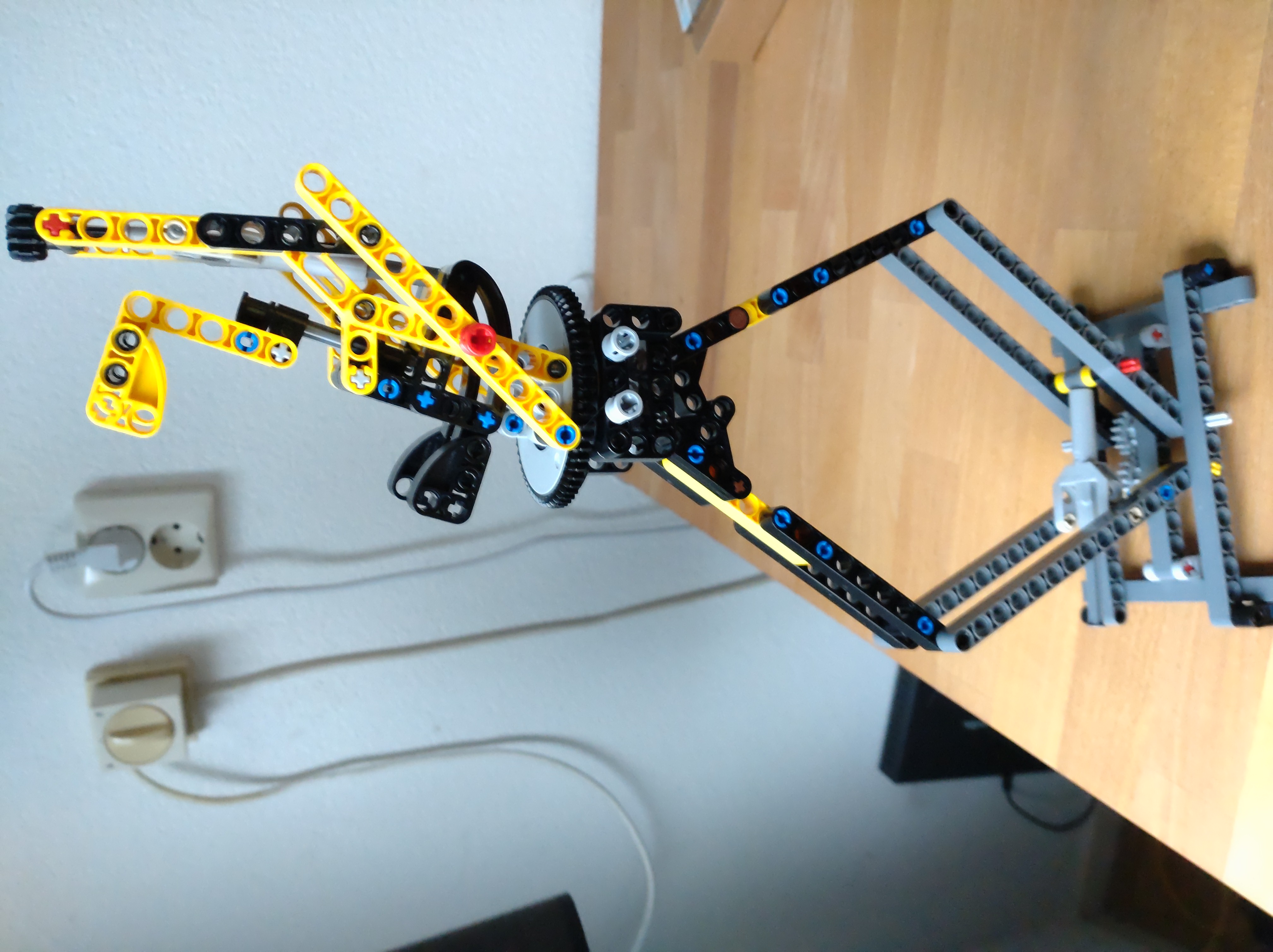 To use my phone as a camera, I use DroidCam OBS